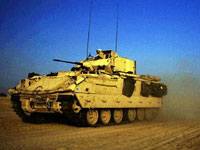 After excruciating losses against Dallas, Atlanta, New Jersey and Cleveland, the season is in Tanking Mode which brought an interesting proposition to mind. Remember that ESPN TV show that followed the Clippers around on a “quest for a playoff spot”. Same idea, different subject: how about a show which follows a team around as they try to tank the season in the quest for a higher lottery pick. I can already see TNT and ESPN licking their chops at this one. Of course you can t make the title too obvious in regards to the tanking theme, maybe something like A Season Lost: Or is it? might be suitable.

Yao lives up to the hype (for 4 games)

In other news and notes Yao Ming is exploding, 32/13, 30/13, 38/10 and 25/10 against Portland, Minnesota, Indiana and San Antonio with 13 blocked shots in total. Good to see Yao start justifying 1/8th of the hype. If he plays like this for the next two weeks, Van Gundy might even grow back a hair follicle.

Of course every time I see Yao, the two Chinese guys singing Backstreet Boys come to mind. I hear they’re as big a hit as Yao in China. As a PR move, the Rockets should have them sing the national anthem sometime soon.

Prediction: Percentage-wise, the Rockets will have a better record with McGrady sidelined.