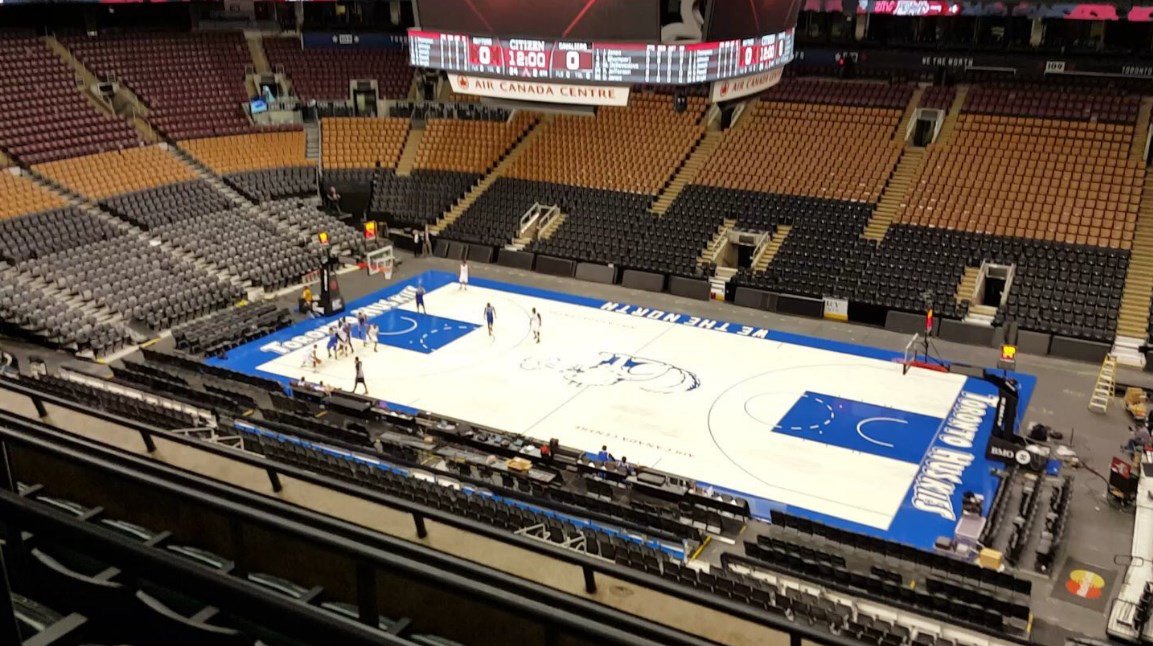 A reader sent along the following photo, captured during practice at the Air Canada Centre recently.

That would appear to be a new alternate court design, almost surely for use on nights the Raptors don their new Huskies alternate. This hasn’t been confirmed by team officials, but it’d be one heck of a photoshop (and from a strange angle) if it weren’t legitimate.

I wonder if we’ll see this on Halloween, the first night the team will wear the new Huskies jersey.

Norman Powell and Jared Sullinger will be doing a meet-and-greet at the Real Sports store tomorrow at 4 p.m. as part of the push for the Huskies design. Those jerseys go on sale at 9 a.m. Monday for those on a special offers list and at 10 a.m. for everyone else.

Next: Raptors exercise options on Nogueira, Caboclo, and Wright