Irving and Calderon have played eachother 16 times in their career and Calderon actually has a 9-7 advantage over the superstar guard. But Irving was not lying about taking that matchup personal, as he averages 21.1 points per game and has given the Spanish point guard as much as 32, 37, 45 and 31 in past matchups.

Calderon is a well-respected veteran in his 13th year in the league playing for the Detroit Pistons.

Pistons know they will need to be better against Raptors

“You’re not going to play 48 minutes of perfect basketball,” Pistons coach Dwane Casey said. “I wish we could. But that’s not going to happen this time of year. Right now, it’s about finding a way to win. (Friday) was L.G.’s night. Sunday may be somebody else’s night.”

The Pistons found a way to beat the Raptors at home earlier this month, though it certainly helped that Toronto sat out star forward Kawhi Leonard as part of its load management strategy. Detroit won 112-107 in overtime with Griffin scoring 27 points.

Raptors point guard Kyle Lowry scored a season-high 35 points in that game, but he missed the team’s last outing. He sat out a 111-98 victory over the Lakers on Thursday with an ankle injury and is questionable to play on Sunday.

Power forward Serge Ibaka will sit out Sunday’s game as he continues to serve a three-game NBA suspension.

Leonard had a team-high 25 points against the Lakers. Power forward Pascal Siakam scored 16 points but shot just 3-for-16 from the field. He still played 39 minutes, which he views as a sign of respect from head coach Nick Nurse.

“I’m used to, if I miss two shots, I’m out,” he quipped. “The thing with me is I can miss shots but there’s other things that I bring to the table that’s definitely going to have the coach (keep) me out there.”

“We’re still figuring things out,” Siakam said. “With the type of players that we have, it’s definitely going to take a little bit of time, just figuring out each other’s spots and stuff like that. But I think we’re doing a decent job and we’re going to continue to get better. Come playoff time, we’ve just got to be ready.”

Healthy VanVleet set to give Raptors shot of adrenalin | The Star

It was as if five weeks of pent-up forced idleness was escaping from his body all at once on Saturday afternoon, and he joked later that it’s a sign of things to come.

“I’ve got five weeks of shots coming. When I get (the ball), they better just go for the rebound.”

Of course, VanVleet was just goofing around. It’s not in his nature to be a selfish, shoot-first guard, and an extended absence thanks to a thumb injury and surgery isn’t going to change his makeup.

Still, his prowess from three-point range and ability to create space for his teammates in drive-and-kick action will be most welcome. The 25-year-old has been dissecting the Raptors, his game and their needs and has found some things.

“I’ve been bored out of my mind, so I studied some analytics a little bit, watched a lot of film, just seeing where I can get better,” he said. “This feels like October again for me, so I’m approaching this as a new season, the end of the season, and hopefully I can come back and take another jump of improvement.”

It’s unclear exactly when VanVleet will get back on the court, but it won’t too long. There is an outside chance he could return after missing 12 games on Sunday, when the Raptors are in Detroit (he’s listed as questionable on the injury report), or Monday, when they host the New York Knicks. Nick Nurse said late last week that he thought VanVleet would play some time on the weekend, but on Saturday the coach also called him “questionable” for Sunday’s game.

“It’s the hardest part now, the tail end of it, trying to pick where you wanna come back, ’cause it’s all gonna feel the same whether I fall and somebody hits me today, it’s gonna feel the same probably as it will in a week,” VanVleet said. “Right now, I’m still indefinitely in my mind, I’m out, and I’ll let you guys try to figure out when that is. But I’m close, and hopefully I’ll be back really soon.”

Raptors head coach Nick Nurse is eager to get the steady guard back in the lineup.

“What do we miss when we don’t have Fred out there? We miss a pretty solid shooter, we miss an offense organizer, we miss a good communicator on D, and one of my favourite things is he seems to be a bit of a bail-out bucket-maker,” Nurse said. “When things aren’t going well in the offence or when the shot clock’s running late, he can fill in a few of those buckets for us, too.”

VanVleet joked that he’s going to “shoot a lot when I get back … I’ve got five weeks of shots coming,” he said. “When I get (the ball), they better just go for the rebound.”

Turning serious, VanVleet said he’s actually been doing some homework during his time off and thinks he has found some spots that will be better shooting areas for him.

On Sunday, the Raptors and Pistons meet for the third and final time this regular season.

The Pistons currently lead 2-0 in the season series. On Nov. 14, Reggie Bullock, who is now with the Lakers, made a shot at the buzzer to give Pistons head coach Dwane Casey a win in his return to Toronto. Earlier this month, on March 3, the Pistons defeated the Kawhi Leonard-less Raptors in overtime despite a season-high 35 points out of Kyle Lowry.

The Raptors could be without Lowry on Sunday, as he is listed as questionable with an ankle sprain. Backup guard Fred VanVleet is the only other Raptor who is questionable.

If VanVleet plays, it’ll be his first action since Feb. 9, when he injured his left thumb in a win over the Knicks that required surgery. He has missed the last 12 games for the Raptors.

Serge Ibaka, meanwhile, will miss his second consecutive game after he was suspended for three games for his involvement in an on-court fight with Cavaliers forward Marquese Chriss.

For the Pistons, Reggie Jackson is listed as probable. 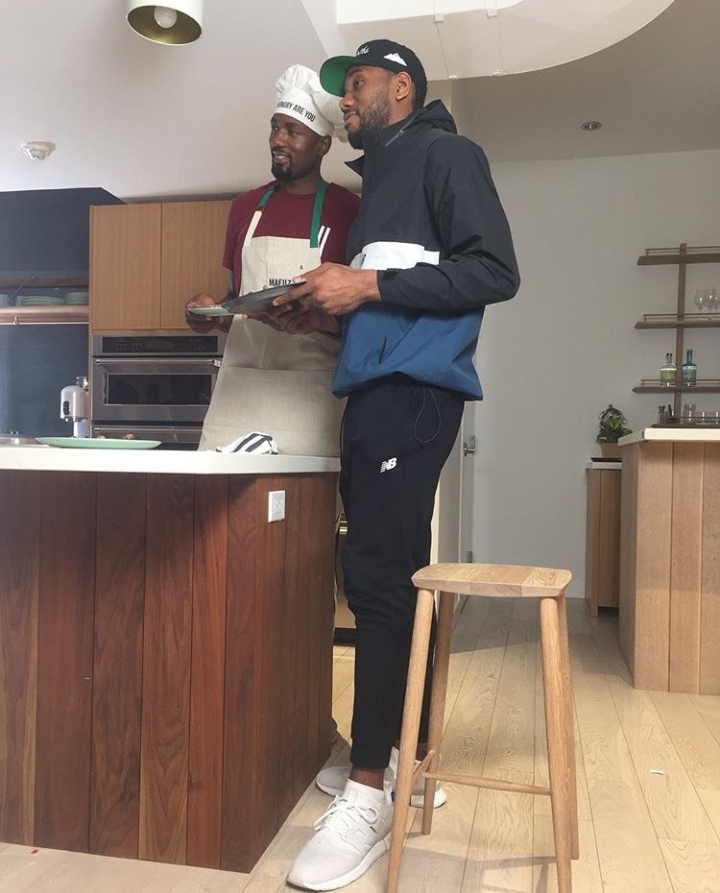 Kyle Lowry, who’s dealing with an ankle injury which he suffered last Monday in the team’s loss against the Cleveland Cavaliers, could miss his second consecutive game.

As for Fred VanVleet, he has been sidelined since Feb. 9 with a partial ligament injury to his left thumb and was not expected to play again until late next week. However, the status change from out to questionable could be a good sign for the Raptors, as this could point to him returning to the line-up earlier than expected.

If both guys will be able to play, they will boost the Raptors’ chances of winning. If not, Toronto will be three players short, as Serge Ibaka is still suspended for his altercation with Cavs forward Marquese Chriss last Monday.

The Raptors have lost two games against the Pistons this season, albeit by five points or less: a 106-104 loss at home last November 15 and a 112-107 overtime defeat last March 4.

This could a first round match-up preview, as the Raptors are currently second in the Eastern Conference while the Pistons are seventh.

The Detroit Pistons are something of a vexing mystery. They win a bunch, then lose a bunch.

Lately, they’ve won more than they’ve lost and are threatening to make the NBA playoffs for only the second time since 2009.

The Pistons have struggled with attendance since falling into a funk over the past decade, unable to regularly fill the Palace of Auburn Hills and, since relocating downtown in 2017, the new Little Caesars Arena.

Detroit’s playoff push has spurred a recent uptick in crowds — and the team’s business staff is trying to goose attendance at the final few home games during the stretch run.

To fill more seats, the team has launched a handful of incentives while simultaneously ramping up social media promotions.

“It’s important to get the building full. The team feeds off that,” said Brad Lott, the Pistons’ senior vice president of sales.

One tactic to spin the turnstiles has been to eliminate fees on single-game tickets for the rest of the home schedule. That includes eliminating the per-order fee of $4.75, and the individual ticket fee that can range from $7 to $20 per ticket depending on the seat location.