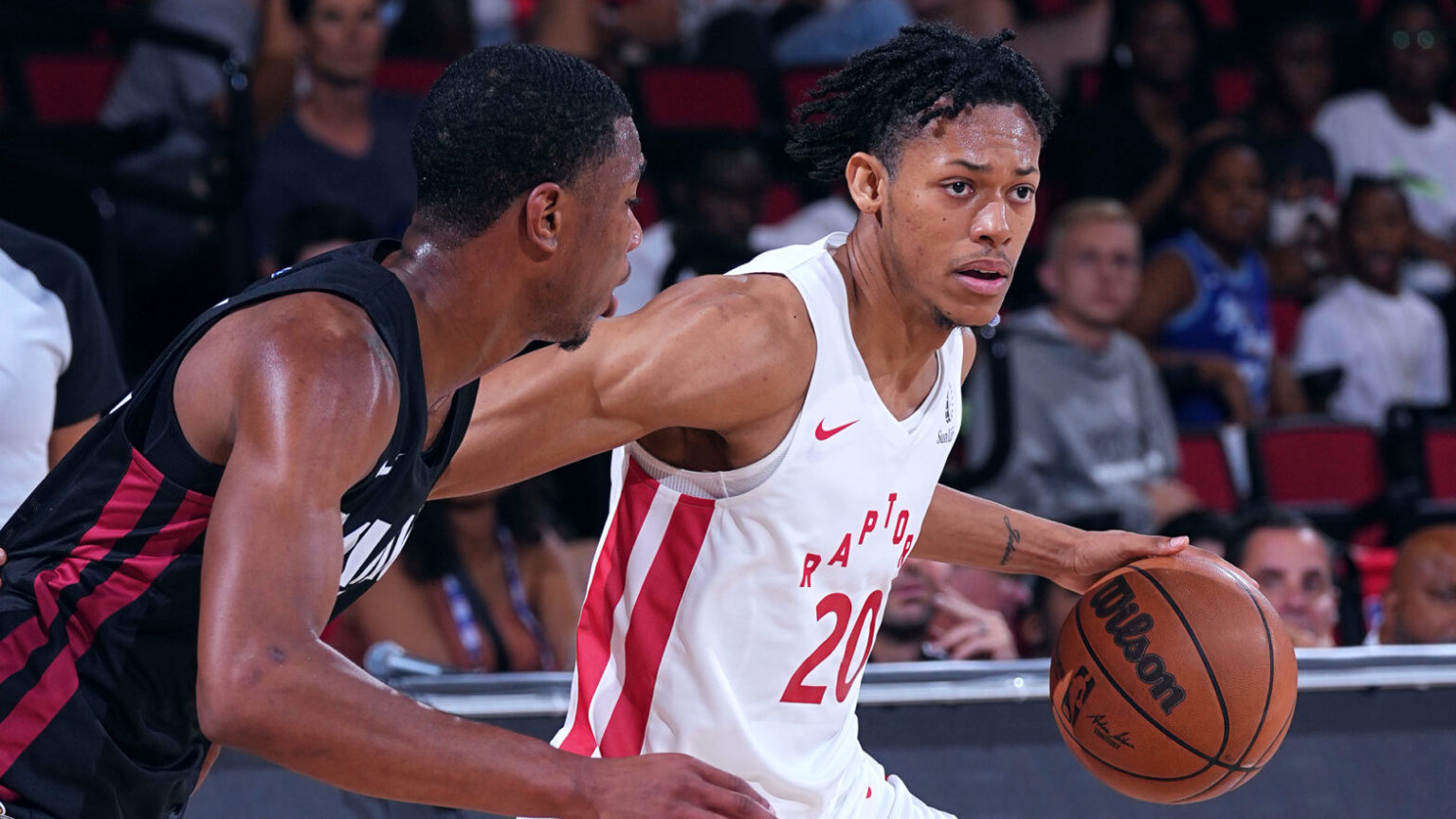 A sizeable Toronto lead allowed for the early showing of both Jeff Dowtin Jr. and Ron Harper Jr. as the Raptors took the court for the first game of the preseason.

Checking in at the 2:40 mark of the third quarter, Jeff Dowtin Jr. was tasked primarily with help defence, closing out opponents and spacing the floor. As the St. John’s College product found his footing he was able to confidently defend one-on-one, stopping Sixth Man of the Year, Jordan Clarkson, and causing 8th overall pick, Collin Sexton, to turn the ball over. Back to back defensive rebounds saw Dowtin’s speed on display as he effortlessly moved in transition, drawing the foul and getting to the free throw line. A late game foul on Dowtin also allowed for the Raptors to experience their first transition-take foul, a rule implemented by the NBA for the 2022-2023 season to help speed up the pace of the game. Perhaps the most memorable moment of Dowtin’s game was his fourth quarter crossover of Jared Butler, causing the defender to fall to the ground and allowing Dowtin to drive past him with ease. In just under 13 minutes of play, Dowtin totalled 5 points, 3 rebounds, and two assists.

Replacing Dowtin with 6:46 remaining in the fourth quarter was his fellow two-way player, Ron Harper Jr. While his minutes were less than that of Dowtin’s, Harper was able to contribute in a similar fashion. A coast-to-coast drive from a defensive rebound gave Harper the opportunity to showcase both his speed and playmaking skills, sending a drop pass to D.J. Wilson inside of the paint, assisting Wilson on two of his 7 points of the night. In just six and a half minutes of action, Harper’s 2 points, 2 rebounds, and single assist added to the 114-82 win over the Utah Jazz.

Both Harper and Dowtin signed two-way contracts with the Toronto Raptors on July 14th and July 19th, respectively, allowing them to split their time between the Raptors 905 and the parent club.

Dowtin, Harper, and the Toronto Raptors will be back in action Wednesday night, as the Raptors take on the Boston Celtics.