More than four months after COVID-19 shut down the NBA, the Raptors took up where they left off — with a victory.

Ibaka scored 18 points to lead the defending NBA champions to a 94-83 win over the Houston Rockets on Friday in their first scrimmage at Walt Disney World.

Rookie Terence Davis summed up what the whole team was feeling after such an uncertain and unprecedented layoff.

“Man, it felt really good man,” said Davis, who had 15 points on the night. “It was great to get up and down. I know the guys felt the same way. It just felt really good to continue doing what you love to do. Tonight we had a chance to do that and it wouldn’t be possible without the great help of the organization and the NBA coming together.

“It’s an unbelievable job they have done so shout out to the NBA.”

Pascal Siakam had 13 points, Norm Powell finished with 12, and Kyle Lowry chipped in with 11, including a buzzer-beating three-pointer to end the first half.

James Harden led Houston with 24 points, while Danuel House Jr., had 18 and Russell Westbrook finished with 10.

The Raptors hadn’t played a game in 138 days, a 101-92 victory in Utah that came two days before the NBA shut down March 11 due to COVID-19. When the Raptors scattered for their respective homes to isolate, they were second in the Eastern Conference at 46-18, and had just clinched a playoff spot in a promising season that saw them win a franchise-record 15 games in a row.

"What Adam Silver has done here to get the league back, we're excited about that. But there's something on our minds too." – President Masai Ujiri

Toronto trailed 75-74 to start a fourth quarter that was just 10 minutes rather than the regulation 12 to help players adjust after the four-month layoff.

A Powell three-pointer capped a 7-0 Raptors run that put Toronto up by six with 7:17 to play.

Thomas’s three with just under three minutes to play gave the Raptors a 15-point lead, and was part of a 41-point performance by Toronto’s bench.

“There’s a real competitiveness there with those (second-unit) guys and they do a good job,” Nurse said. “They work and do the principles of defence and challenge shots and it helps them on offence.”

Lowry was in regular-season form, taking charges and playing hard in his 19 minutes of action.

“He’s a guy, no matter the circumstance, he kind of knows only one way to play,” Nurse said of his point guard. “There’s no fans here, he’s gonna play. In typical Kyle kind of fashion, he was only going to play the first half tonight, but he gets to halftime and wants to play some more and again, just had to rein him in a little bit.

The Raptors will have two more scrimmages — Sunday versus Portland and Tuesday against Phoenix — to continue to regain their game legs before they open the eight-game seeding round on Aug. 1 versus the Los Angeles Lakers.

Their first action in the coronavirus era was a stark reminder of how much the world has changed in less than five months. The stats crew was protected behind a wall of plexiglass. Coaches and players on the bench were spaced out over three rows. They wore masks. The stands were empty. The squeak of sneakers and the hollering of teammates provided the soundtrack.

Pictures from the game – Raptors vs Rockets

Toronto Raptors look like themselves in return to the court – TSN.ca

Nick Nurse woke up and watched film, as he would usually do ahead of a road game. His team had already cancelled their morning shoot around – a standard occurrence for them throughout the season.

He went for a quick workout and then celebrated his 53rd birthday by circumventing his regular routine to do something daring.

“I got a haircut, which I wouldn’t normally do on the road,” Toronto’s head coach said with a laugh. “So, that’s a little different.”

They had hoped it would just be another day, another game, but it wasn’t. For the first time since March – before the COVID-19 pandemic forced the league into a four-month hiatus – they were about to play competitive basketball against another team and they were going to do it in a strange and unfamiliar environment.

In preparation for the NBA restart, the Raptors faced Houston in their first of three scrimmages, or exhibition contests, Friday evening. It was their first taste of the new normal – playing ball in a quiet, fan-less gym on the Disney campus. Despite their best efforts, there was no escaping the reality.

“There certainly is a different feel to it,” Nurse said afterwards. “I know what everybody else has been saying, but it is a communication thing. My first play that I called out I was like, whoa. Then I was really trying to give some instructions on some free throws, defensively, because [the Rockets] were on a quick break and I found myself not even doing. It was like, well, everybody in the whole place is going to hear this thing.”

“I mean I think I called out a play and the other team relayed it to their teammates,” said rookie guard Terence Davis. “So, you can’t really hide it down here.”

Fortunately, even in a strange atmosphere, in these uncertain and unprecedented times, one thing you can count on is the Raptors.

Despite the long layoff, the defending champions didn’t miss a beat. 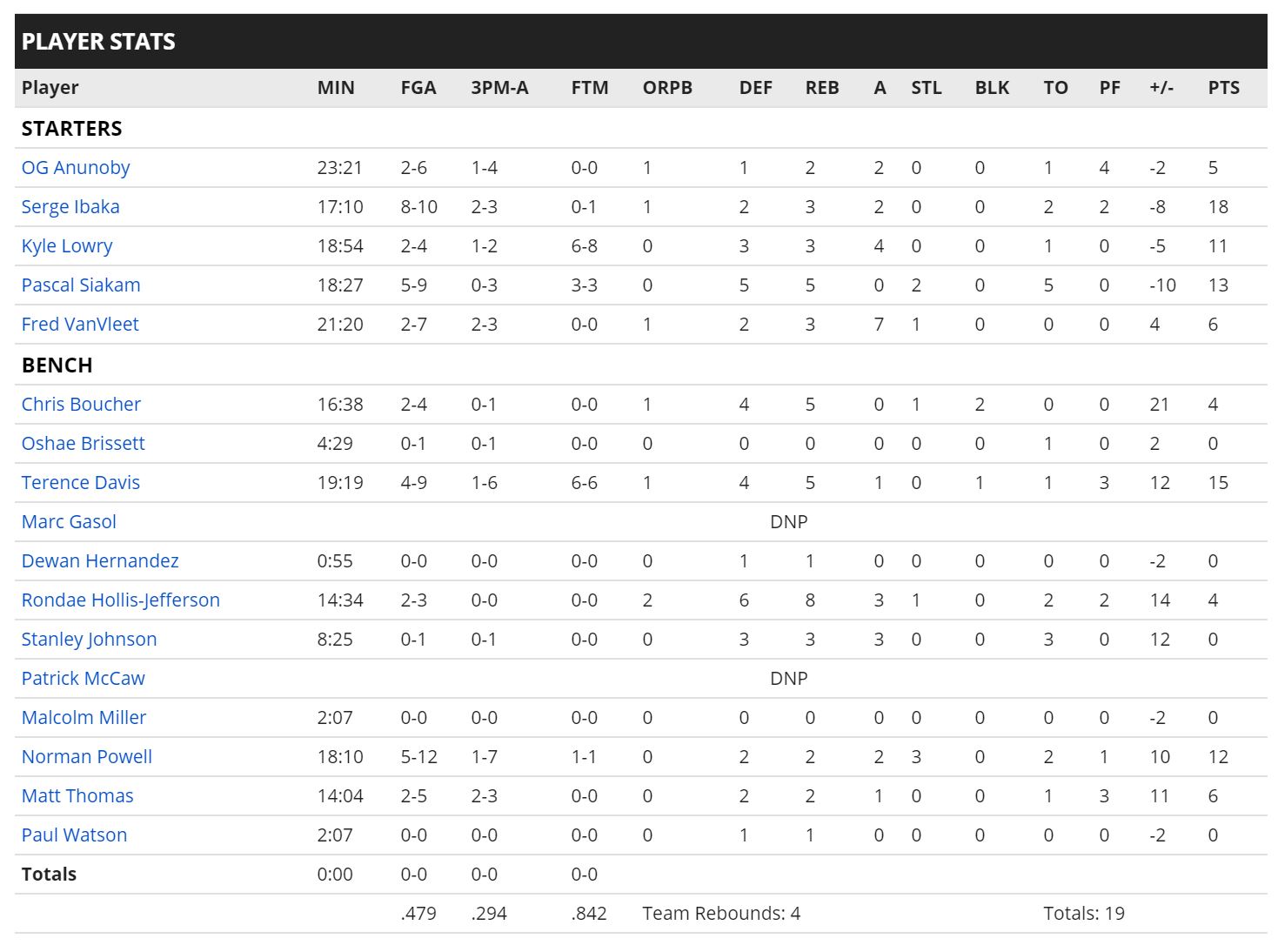