Ed’s Note: This article is written by Greg Mason, who is a regular guest on The Doctor Is In podcast, and while the pod is on hiatus till the new season, Greg takes a look at how the Raptors fare in the brand new Nylon Calculus shot charts.  Follow Greg on Twitter at @VotaryOfHoops.

Thanks in large part to the analytics movement, shooting is at a premium in the league now more than ever. Look no further than the Channing Frye signing for evidence as to how much teams value guys who can space the floor and create lanes to the rim. Successful teams make a lot of shots at the basket and they make a lot of threes. San Antonio and Miami led the league in shots made within 5 feet, 382 and 311, respectively (the Raptors made 109 shots, good for 12th), and both teams finished in the top 5 in 3 point field goals made. Teams who couldn’t space the floor, see Detroit and Utah, were a train wreck. The Raptors were slightly better than middle of the pack as shooters last season. They finished 13th in the league in 3FGM and 15th in 3FG%.

This week Austin Clemens (@AustinClemens2) of Nylon Calculus (part of the Hardwood Paroxysm network) compiled VERY cool and HIGHLY addictive shot charts of every player from the 1996-1997 season forward. 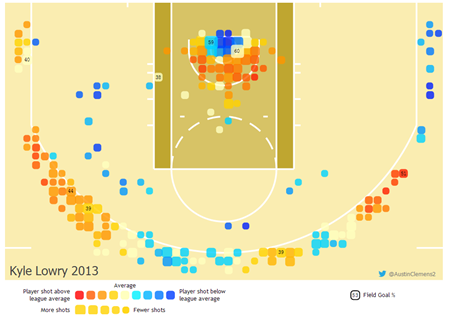 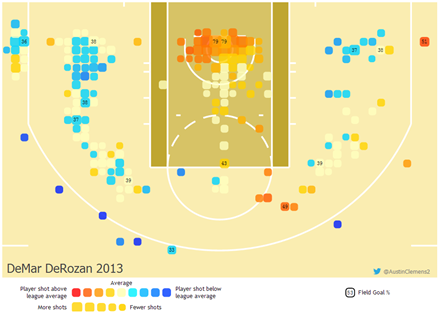 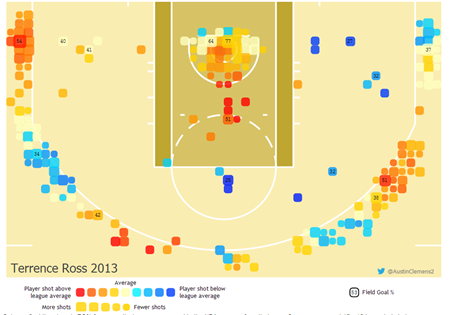 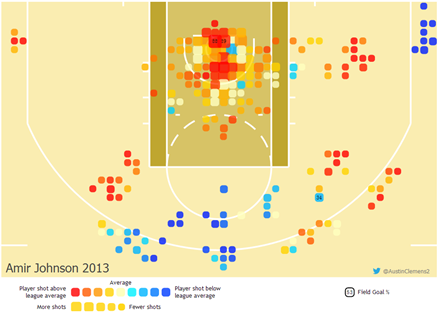 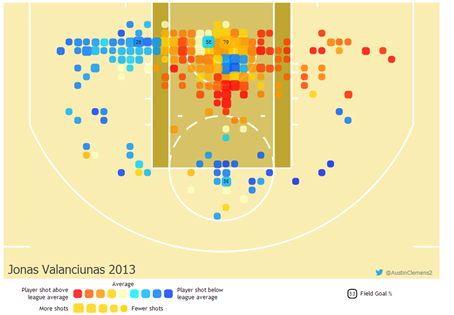 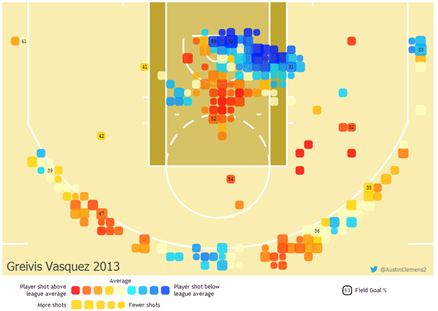 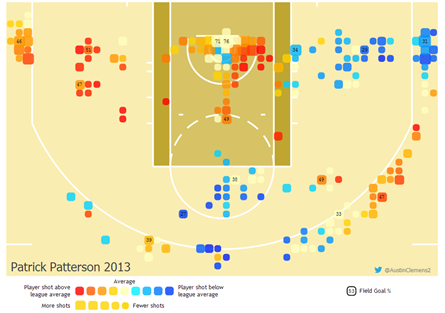 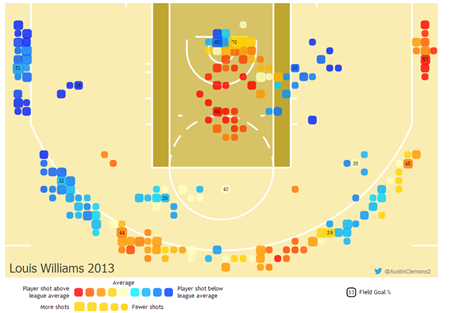 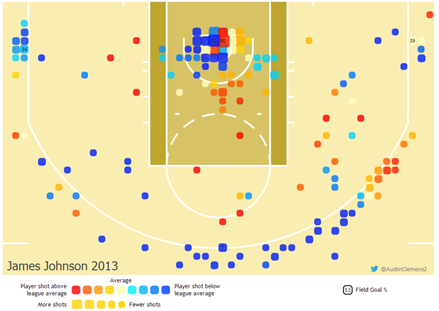 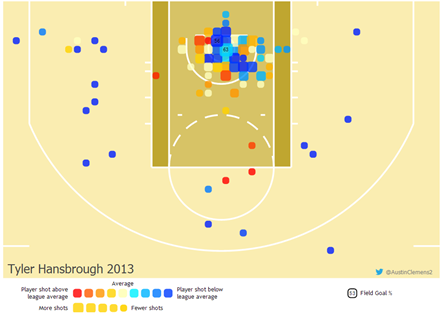 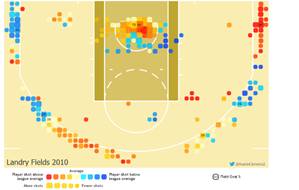 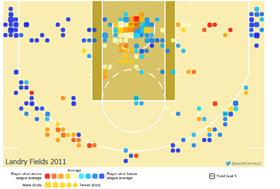 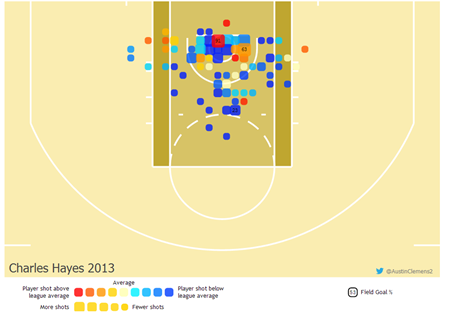 I’m skeptical that DeRozan will ever become a league average 3-point shooter, but he’s proved me wrong before. One thing that he can certainly work on this season is cutting down on mid-range jumpers. The Raptors are essentially a slightly above average shooting team in the league. There are several guys on the team who can stroke the three at a respectable clip (Lowry, Vasquez, Ross, Patterson) but they lost their one elite shooter when they sent Novak to Utah for salary relief purposes. They’ve added two below average shooters in Williams and Johnson and lost Salmons who was wretched inside the arc but among the best three point shooters on the team. Bruno has a nice shot and his go-to move so far in summer league has been the step back three (lessons from Lowry already?) but I don’t expect him to be a rotation guy at this juncture in his career. Simply put, on paper the Raps are a worse shooting team than they were last season but probably not in a particularly meaningful way. If they shoot well and create the requisite space for driving lanes to the basket, the personnel by-and-large does a good job of finishing in the paint.

Data for this article was provided by basketball-reference.com.

Has Miles Solved his Early-Season Issues?