Allow me to joke a bit to lighten the mood.

It was three weeks ago in Dallas where Pascal Siakam was enjoying being in MVP conversations before slipping on a wet spot, injuring his groin and causing him to miss the next nine games and counting. Toronto lost that game 111-110. The injury/illness bug then surrounded the rest of the roster, player by player. O.G. Anunoby and Christian Koloko are the only two Raptors to appear in all 18 games (knock on wood).

Luka Doncic had 35 points on only 15 shot attempts in the last meeting, as no Raptor defensive scheme worked. However the Mavs have not hit their stride yet after a surprise visit to the Western Conference Finals last season. Dallas has lost three of its last four games, including one at home to a Denver team that was missing Nikola Jokic, Jamal Murray and Aaron Gordon. Luka leads the league in scoring with 34 points a game and is shooting a career best 50 percent from the field. That’s also coupled with a career-worst three point percentage (29.4) and the Mavs ranking dead last in both assists per game and pace. Christian Wood has been his most efficient self (17.3 ppg with a 67.1 true shooting percentage) but wants a bigger role than being a top sixth man candidate. This is all early season nitpicking stuff because nobody is running away with the West so far. Seeds one through 11 are separated by three games.

The Raptors are hoping for a recovered Fred VanVleet, first and foremost. Malachi Flynn got the his first starting nod of the season against Brooklyn and was pretty quiet after a couple of early game threes. The half court creation was rough. O.G. Anunoby was swarmed trying to play bully ball in the paint and Toronto shot under 30 percent from three for the fifth straight game. One thing the Raptors haven’t done this season is lose three in a row. It’s all about treading water until some healthy bodies return. Siakam’s return appears to be next week.

Maxi Kleber (back) practiced and is probable to play.

*lineup if Fred and Banton play*

Dallas is favoured by 3.5 points, this rose by a point while I was writing this. Over/Under is 216. 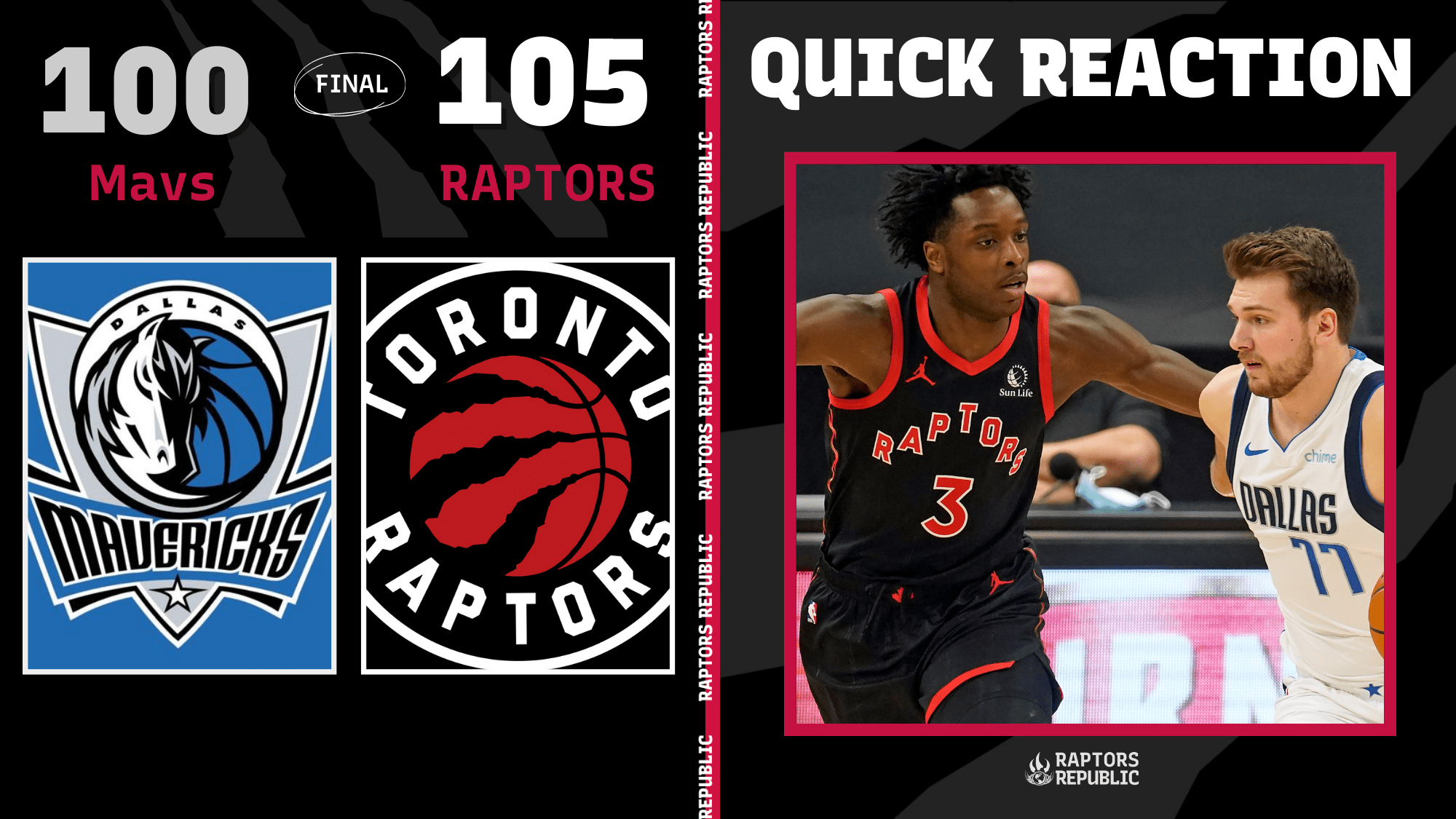