The “still wondering why they deserved no credit for a 3 game win streak?” edition

Bargnani – horrid shooting night offset by some fairly good D on a guy that 2 years ago would have manhandled him. You have to think it caused Bargs to exert a lot of energy since, when he did take his patented shots, they looked like a one-winged bird trying to fly home.

Bosh – back in grade school, I was taught that you catch the ball first and then make your move. Over the past 4-5 games, Bosh has lost that one simple part to anybody’s game, nevermind that of an “allstar”.  I’ll say it again, he doesn’t deserve to be going as a centre and had Z been healthy all year and Bosh still got the nod, it would have been an even bigger joke. I’ll give him the odd night off, and this can be one of them, but certain games you just HAVE to find a way. Allstars do.

Calderon – not 100% not 100% not 100%. Alright, we get it, he is given a built in excuse for having other PGs flash by him like they just said “Shazam!”. You want to give it to him, fine, but today he actually held up quite well without your employer-induced excuses. He had a hot hand and he actually called his own number a few times, which kept them in it early.

Graham – finally rewarded with a double double and, I’m sure, a number of Tim Horton references by Devlin.  For once he is actually going to have earned that Champagne VIP room pass that a particular establishment out near the airport bestowed upon him. Go get it done, son. Report back, aiight?

Humphries – no truth to the rumour that he is co-piloting the Bud Plane to the Superbowl. I think. 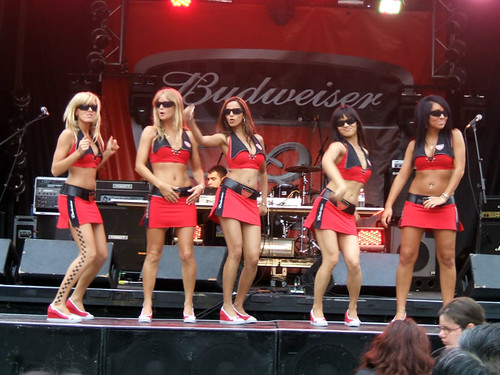 Jawai – got in the game. Still no points, but he added a turnover to the stat sheet, so he is still alive. Call me silly, but watching him move the little time he has had on the floor actually gives me some hope that with some burn, the croc hunter can actually, you know, score a bucket or two.

Kapono – read the other day he is going back to defend his 3pt title. That’s nice. If he hits just one, that will be more than he hit today. Not sure what is more disappointing: his year or Adriana Lima being engaged to a guy that is even uglier than me. I coulda been a contendaaaah.

Moon – somebody needs to make a video of a butterfly fluttering around, no caring about what is going on around him, doing a few things that people that see it say “ooohh, awww” and then the butterfly gets killed by a big man wearing a big collar and carrying a flyswatter. Then they need to upload that video to J-Meezy’s wikipedia page and be done with this clown.

O’Neal – dude, smile. You are getting paid bigger than a big breasted hooker in a club that is wearing a sign that says “2 for 1 special, guaranteed happy ending” and for probably the last time in your basketball career, other teams actually WANT you. As the self proclaimed second in command big man, you should be rallying the troops, not looking like you just found out your girl is happier creepin’ with the Voskuhlater. Christ, you’ve actually had a few good games that even I am impressed with. Cheer up.

Parker – the life of the party for the last little while, but today he acted like that dude that just tried Jager for the first time, started yelling “woooooo-hooooo” at the top of his lungs, and then 4 shots later he was curled up in the corner sweating like Patrick Ewing after 3 quarters of fast break basketball. It’s never a good sign, by the way, when you have shown your worth as a backup PG over the past few weeks and are beaten out by

Solomon – a man wearing a mohawk. I’m sure the postgame report will mention he was the only player in the + category for the Raptors and that shows why he is the ultimate back up PG for this team. He actually did play well and, like Moon, when he keeps himself under control, he can bridge the gap we have in the backcourt.

Ukic – seriously, why is he here? Pull all available men off the Cadbury Secret project and find out an answer to this question. Thanks.

Voskuhl – say what you want about the big guy, but you can bet your ass he is going to throw a mean Superbowl party. Hookers, beer, stacks of hay, probably a mechanical bull and this.

Under The Bus:    Chris Bosh

Remember to reach out to us on Twitter and to grab our Feed. Both get you the latest posts and latest Raptors headlines.