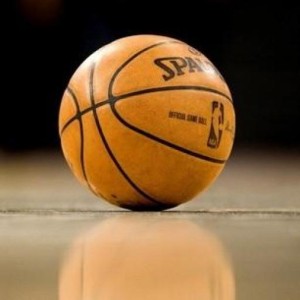 Tim was bitten by the basketball bug back in the mid-80s, and has been infected with an overwhelming desire to play, watch and read (and eventually write) about basketball, ever since. He spent his formative basketball years following the Detroit Pistons and watching them win back-to-back titles. It was a bittersweet moment when the NBA awarded Toronto a franchise because he’d already made plans to move out west. In Vancouver he got to view the disaster which was the Vancouver Grizzlies, firsthand. He started writing his own basketball blog, The Picket Fence, back in 2009 as a healthy outlet for his basketball obsession. Little did he know it would land him a dream job writing for Raptors Republic. Tim’s most endearing basketball memory is playing 3 on 3 with Mike Bibby. His least endearing memory is a tie because getting his front tooth knocked out, fracturing his orbit bone, chipping one of his vertebrae, dislocating five of his fingers, destroying all the cartilage in his knees and the Raptors drafting Andrea Bargnani.

Why the Raptors Should Be Buyers for Anthony Davis

Tim W was at the Raptors/Blazers game and sent in some nice pictures from the game.

The Case For Jimmy Butler

Why it makes sense for the Toronto Raptors to enter the Jimmy Butler sweepstakes.

Is the Kawhi trade worth the risk?

The Raptors just got the best player in franchise history. Is that worth it?

Is this finally the year Valanciunas becomes the player Raptor fans want? Is Biyombo the answer? If so, what's the question?

Sonny Weems is BACK! (With Suns)

Former Raptors Sonny Weems is back in the NBA!

Are Raptor Fans Too Willing To Settle?

Have years of losing in a city that can't seem to build a winner taken too much out of Raptor fans?

Is there a James Harden out there the Raptors can trade for this summer to turn the team around? Probably not, but there's a few young players worth considering if Ujiri decides

In the second part of the Trade, Keep, Release series, we turn our attention to the bench and we discover which current bench player is most similar to former Raptor Matt Bonner.

We play a little game of 'Trade, Keep, Release' with the Raptor starters. Any surprises?

While it may be difficult to see, there is a bright side to the Raptors getting swept by the Wizards. It may be not what you think, though.

A lot of you may not like this very much, but…. More clarity comes Tuesday when Raps GM Masai Ujiri has season-ending presser but initial indications are Dwane Casey to return next