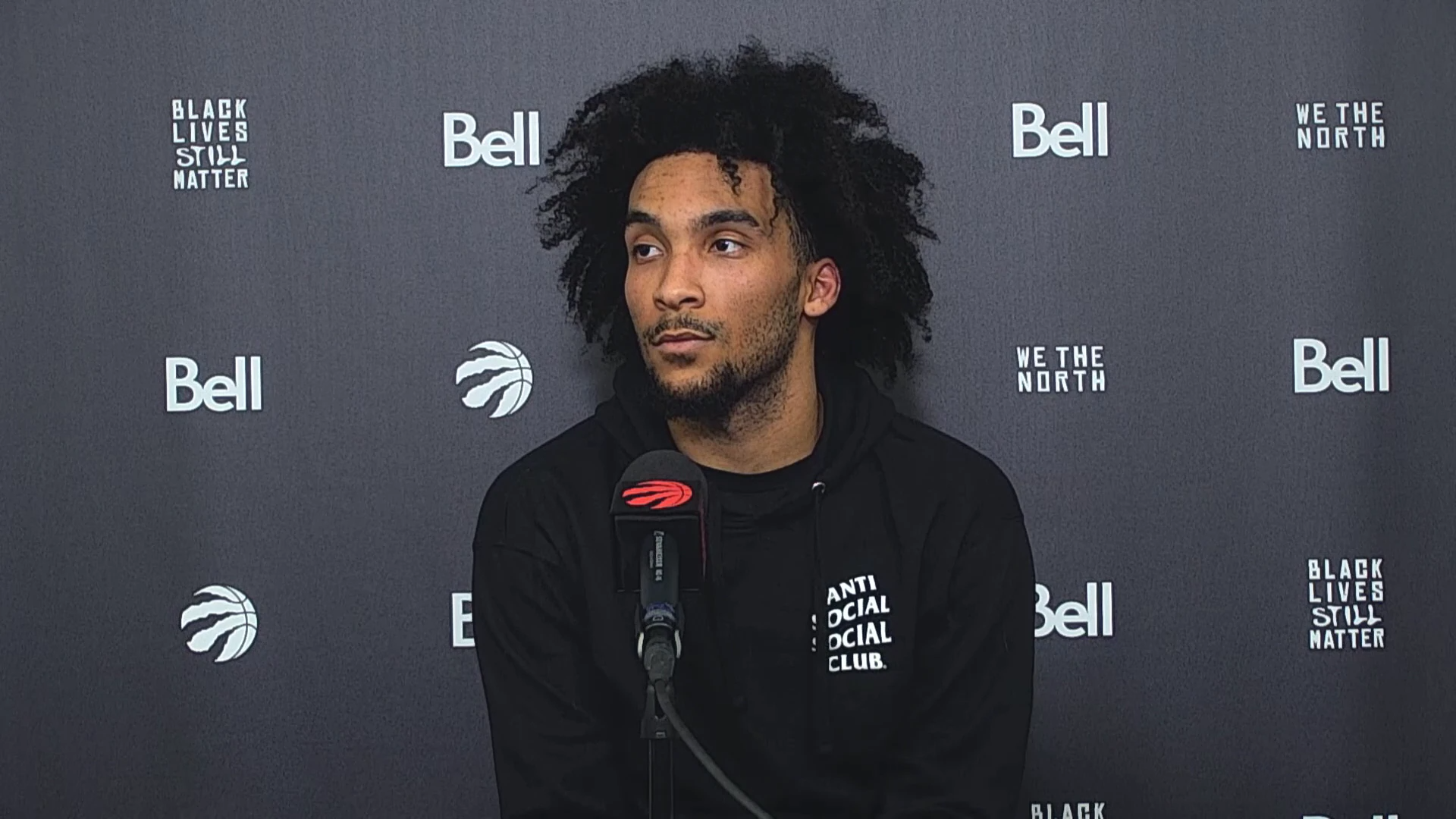 Raptors 905 surrendered 70 first-half points despite the Skyhawks not hitting a single three until a heave at the buzzer, and College Park managed to hold on throughout a tightly contested second half to pull out a 125-121 victory. The team’s 5th straight loss dropped Raptors 905 to 4-6 in the Showcase Cup.

No 3s and a Leaky Defense

The game was most notable for its almost total lack of three-pointers early on. The 905 didn’t hit a single three until Christian Vital hit one from the corner with 8:11 left in the second quarter, while the Skyhawks didn’t hit one until Langston Galloway’s aforementioned heave as time expired in the first half. Both teams heated up from distance a bit in the second half, with the 905 finishing 7/32 on 3s (21.2%) and College Park ending up 7/19 (36.8%).

Both the free throw disparity and the lack of threes were a symptom of Raptors 905’s leaky defense. The Skyhawks rarely even needed to kick it out to shooters when they could get into the lane with ease, and the 905 often had to commit the foul as the only recourse to avoid an easy bucket. Defense has been a consistent problem for the 905 this season, and the 70 first-half points surrendered weren’t even all that out of character. In the four losses immediately preceding this one, the squad gave up 140 points once and around 130 two other times.

The 905’s last lead came at the 7:06 mark of the first quarter, but this was still a hard-fought, relatively close game throughout. College Park’s lead rarely swelled larger than 10, and the 905 often seemed a quick run away from flipping the game, even cutting the lead to 1 or 2 on a few separate occasions.

The defense even locked down a bit in a third quarter that the 905 won 25-23 to pull the game within 4, but College Park took back control in the early portion of the 4th. Late in the 4th, the 905 cut the lead to 5 and then proceeded to miss a tip on one possession and an open three on the next. Then old friend Armoni Brooks hit a big three to push the lead back to 8, and after that there simply wasn’t enough time to complete the comeback.

The star for College Park was undoubtedly Brandon Williams. The 23-year-old showcased NBA-calibre guard skills in consistently getting to the rim with dribble penetration en route to 30 points. Jared Rhoden supported him with a double-double of 21 point and 15 boards, including three big late threes, and Brooks chipped in with 19 points of his own.

On paper, the standout on the Raptors side was Reggie Perry, but while the big man dropped in 27 points and 11 boards, he did little to slow College Park’s interior penetration and physical center Chris Silva seemed to be getting the better of him for much of the night. When Silva fouled out with 5:06 left in the fourth, Perry found a lot more room to operate inside and helped get the 905 get back into the game in the dying minutes.

Harper got inside a lot early in en route to 11 first quarter points, then was relatively quiet for the rest of the game. Champagnie only shot 7/20 from the field (and 0-1 from 3) but showed his familiar knack for putting pressure on the rim. He often tracked down the offensive board when the shot didn’t go in and ended up with 15 rebounds in total. Dowtin didn’t quite look as explosive in terms of getting to the rim or finding space on pull-up jumpers as he did for much of summer league and the preseason, but he took the reins of the offence as the game wore on, operating as the primary ballhandler en route to 10 assists.

Help On The Way?

It certainly looks like Champagnie is the likeliest to help the big club this season with his combination of offensive rebounding and scoring punch. Dowtin will likely get a few more looks down the bench as he competes with Malachi Flynn for deep-bench point guard minutes, but at age 25 seems unlikely to be viewed by the organization as a serious prospect. As for Harper, he looked better here than he did in Summer League and flashed some of the same chops as Champagnie, but is probably still the furthest down the depth chart – his easy early points here don’t seem especially indicative of success against real NBA defenses. 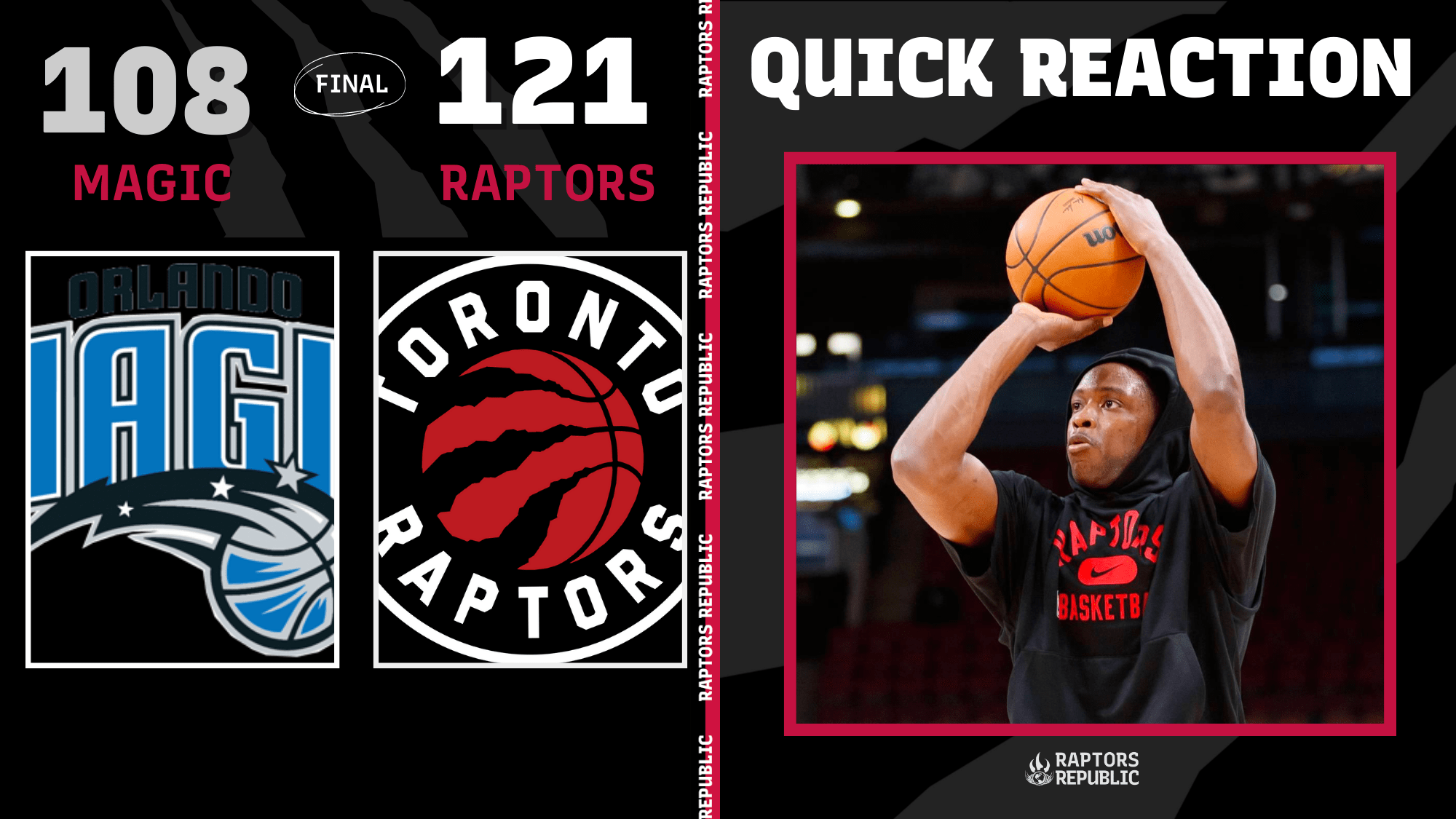 Anunoby's game high 32 points leads the Raptors to a much needed win against Orlando.